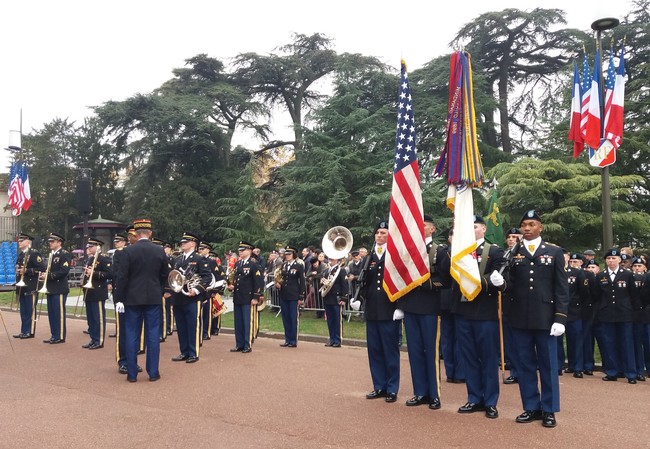 Stay up to date with the latest writerly WWI posts and events!

Today, to mark the final centennial year, WWrite launched its Twitter Feed that will be linked to the blog. These Tweets will replace the weekend updates and will appear regularly. The Twitter account is just getting off the ground and will continue to evolve and improve over the next 12 months. We will also be working to link it to all relavent information on the WWI site. All suggestions welcome at jennifer.orth-veillon@worldwar1centennial.org. Please find us at: WWriteBlog@orthveillon, #WWrite 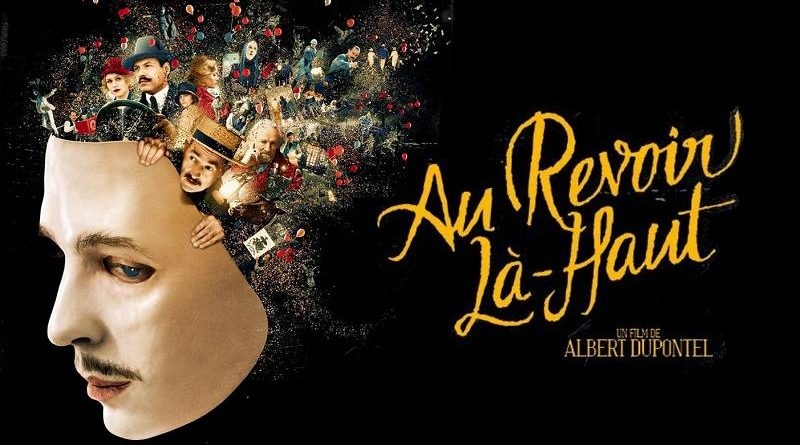 "Those who thought this war would end soon were all long dead. Killed by the war. And so, in October, Albert treated reports of an impending armistice with a healthy dose of scepticism. He gave these rumours no more credit than he had the propaganda at the beginning of the war which claimed that the bullets of the Boche were so soft they burst against  French uniforms like overripe pears, leaving soldiers roaring with laughter. In four years, Albert had seen his fair share of guys who died laughing from a German bullet."
-----first paragraph of Pierre Lemaître'sThe Great Swindle, translated by Frank Wynne

In the U.S., November 11th is a day for honoring and celebrating military veterans from all wars with parades, church services, and other commemorative gatherings. On this day, while France also acknowledges the sacrifices of military personnel from multiple conflicts, the country devotes most of the national holiday to November 11, 1918, the day warring nations signed the armistice to end the Great War. The numbers are diminishing as years pass, but crowds of French people still turn out for morning gatherings in front of the WWI monuments that take up a central place in every French village, town, and city. After reading the names of the war dead, local government officials place flowers and flags in front of the memorial. Parades, fanfares, children chorales, and, of course, the glass of locally-made wine offered by the mayors follow. In the Commonwealth nations, the poppy appears everywhere as a sign of remembrance, but in France the bleuet, or cornflower, is the flower found in lapels, bouquets, and corsages. 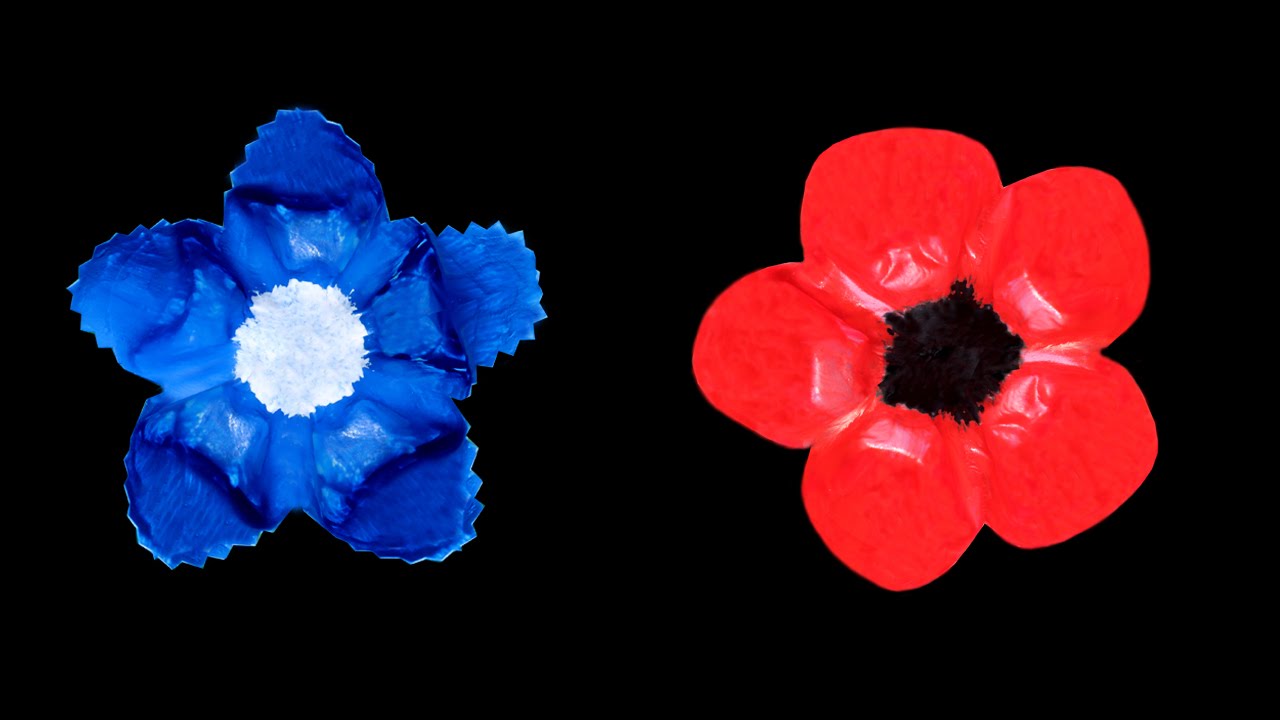 In addition to the rituals, France, especially during this centennial period, marks the date by featuring contemporary WWI-specific literature, art, and cinema.  Pierre Lemaître, renowned for his crime novels, won the Prix Goncourt, the French equivalent of the Pulitzer Prize or National Book Award, for his 2013 novel, Au revoir là-haut, translated as The Great Swindle by Frank Wynne. Just about a week before the beginning of the 2017-2018 centennial year of WWI, French director, Albert Dupontel, released the film adaptation of Lemaître’s pathbreaking book, Au revoir là-haut, translated in English as the film, See You Up There.

Aline Kilmer: When the War Poet’s Wife is a Poet, Too. By Peter Molin

Aline Kilmer:  When the War Poet’s Wife is a Poet, Too 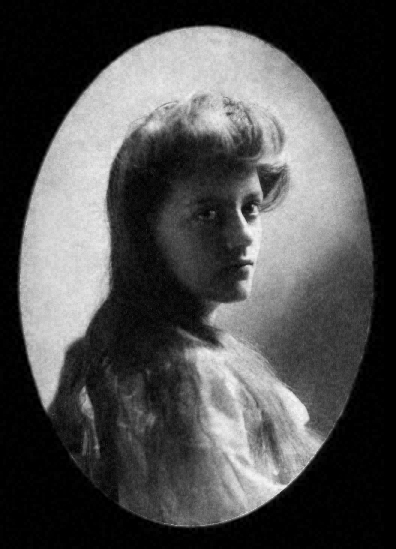 Aline Murray in 1906, before her marriage to Joyce Kilmer. Photograph restored, copyright 2003 by Miriam A. Kilmer.

Joyce Kilmer, Aline's husband. Courtesy firstworldwar.comToday, poets such as Jehanne Dubrow, Elyse Fenton, Amalie Flynn, and Lisa Stice, as well as fiction authors such as Siobhan Fallon and Andria Williams, all spouses of military men, portray the contortions on domestic life and feminine sensibility wrought by war.  The possibilities for pride and happiness are real, but tenuous, infused everywhere by the realities of separation, divided loyalties, fear, and mortality.  Dubrow’s, Fenton’s, Flynn’s, Stice’s, Fallon’s, and Williams’ words convey the urgency and nuance of a war wife’s uncertainty as she finds her tranquility and self-worth vexingly dependent on her husband.  Writing openly about self and marriage requires enormous courage. Perhaps it was ever so, or even more so 100 years ago.

Aline Murray Kilmerwas the wife of American poet Joyce Kilmer, most famous for his poem “Trees.”  Joyce’s status as a World War I poet is secured by poems such as “Rouge Bouquet” and “The Peacemaker,” both written shortly before his death in 1918 at the Second Battle of the Marne.  The fact that Aline was also a poet is not well-known, and the possibility that her work addressed or was impacted by the Great War even less considered.  Was Aline Kilmer a war poet?  And how are her poems war poems?  And what are the threads that connect her to today’s military spouses?

Read more: Aline Kilmer: When the War Poet’s Wife is a Poet, Too. By Peter Molin

A Pretty Tame One: A Story Exploring the Experience of Thomas Croft Neibaur

A Pretty Tame One

A short story explaining the experience of WWI soldier, Thomas Croft Neibaur, the first Latter-Day Saint (Mormon) to receive the medal of honor. 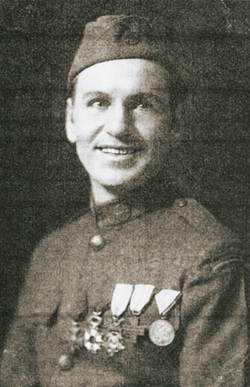 The inside of the Liberty Truck stank of sweat. Thomas Croft Neibaur was pushed into the far back, just behind the radiator. He could hear the drivers’ conversation over the stuttering engine:

“How many guys can we fit?”

“I dunno, about twenty-five.”

Private Neibaur had counted around twice that number. As the truck filled with bodies and clamor about the Argonne, Neibaur withdrew his notebook and began to write:

Read more: A Pretty Tame One: A Story Exploring the Experience of Thomas Croft Neibaur

What the Mountains Hold: A Writer's Trek Through the Dolomites of Mark Helprin's WWI Italy

What the Mountains Hold: A Writer's Trek Through the Dolomites of Mark Helprin's WWI Italy 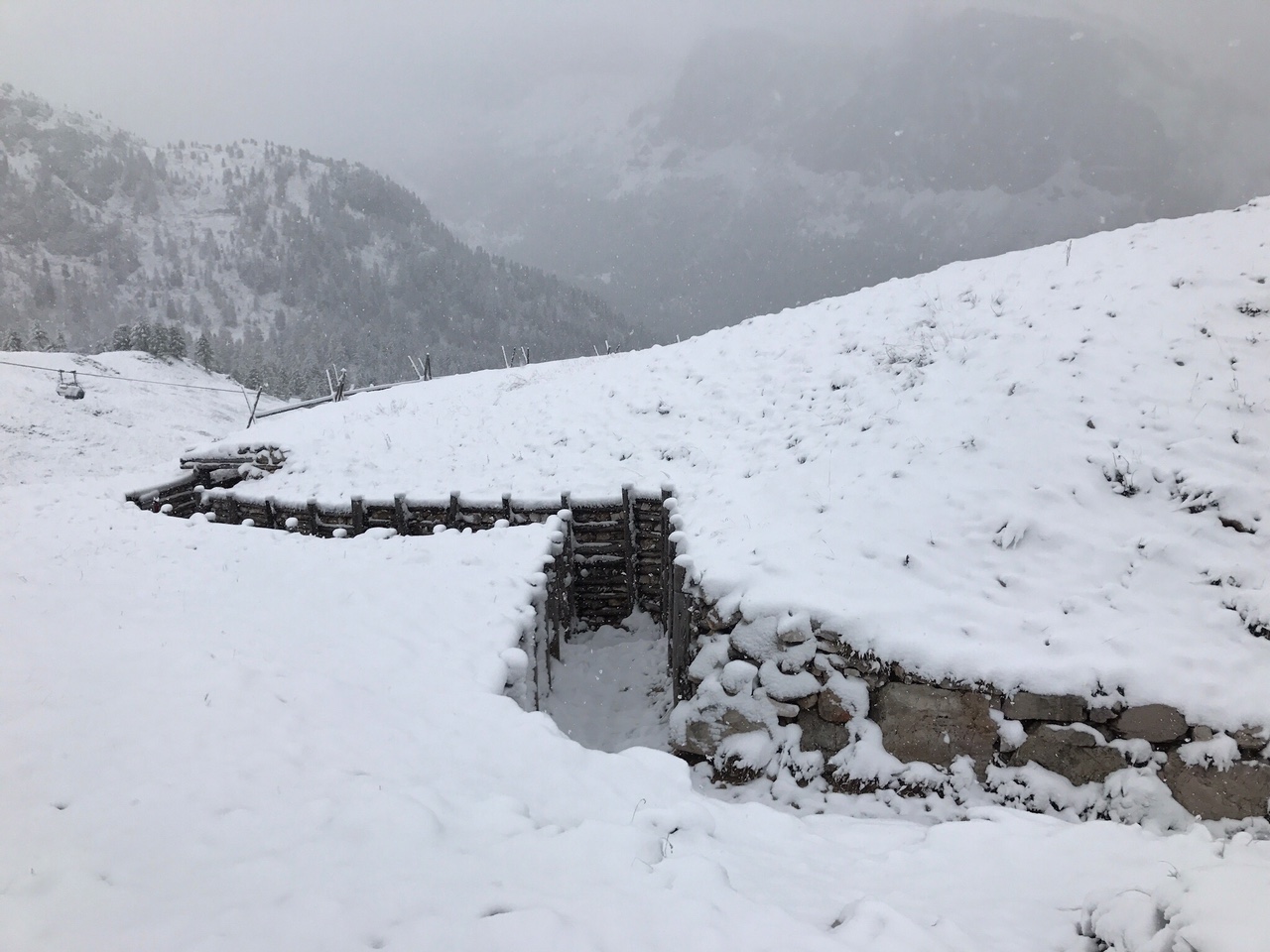 Remains of a WWI trench in the Dolomites. Photo courtesy of Shannon Huffman Polson

My unseen tears are like this stone.
Death is paid by the living.
-Giuseppe Ungaretti, Italian infantry WWI and poet 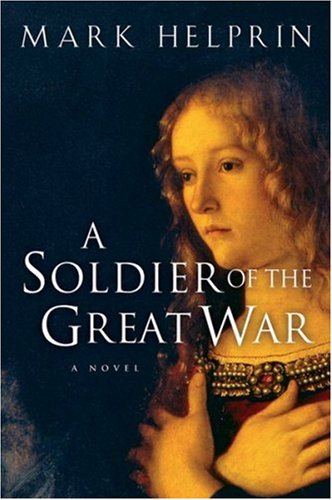 In the middle of September, in the mountains of Italy close to where the character of Alessandro Giuliani lived and fought in Mark Helprin’s novel A Soldier of the Great War, my husband and I headed out in rain gear while snow fell heavily. At a local’s recommendation, because of heavy snow we had cut out the first half of our planned day walking toward Lagazuoi and any hopes of travel along the via ferrata, or “iron ways” of more exposed and technical travel across the rock. The mountains hid in billows of white, and we set our poles and boots on icy trails ascending steep and rocky trails criss-crossed by the roots of pine and fir slick with snow.

The first few miles we climbed through deep forest. Finally we broke out above the tree line close to the Cinque Torri, or Five Towers, a dramatic formation of rock made up of towers and a tumble of boulders. The wind picked up, having nothing to stop its wildness, and we zipped our Gore-tex over our chins for the last stretch before ducking into the Rifugio Scoiatolli that appeared through the clouds.

“Prego?” asked the woman behind the counter.

“Deu cappuccino, per favore,” I asked, deploying the full measure of my Italian.

“Si,” she said, and as we walked to a table, I heard the whirring of coffee beans grinding and the welcome whoosh of foaming milk.

Read more: What the Mountains Hold: A Writer's Trek Through the Dolomites of Mark Helprin's WWI Italy 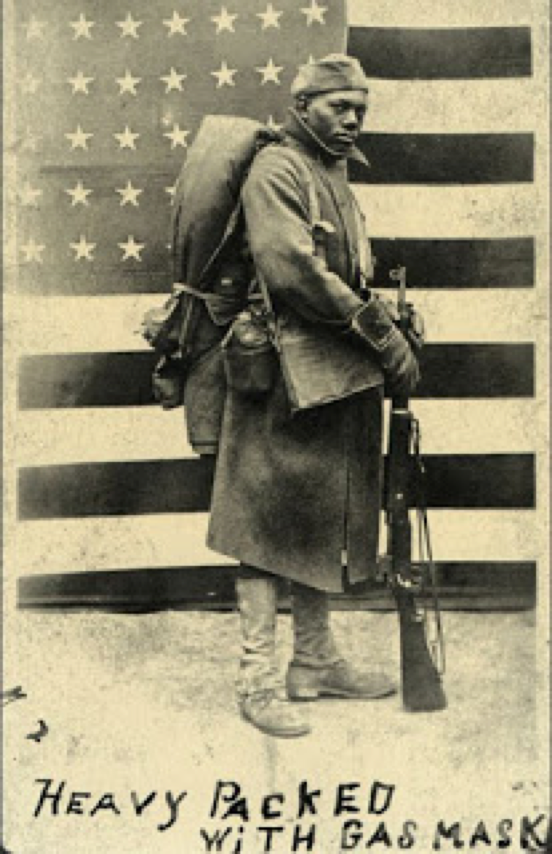 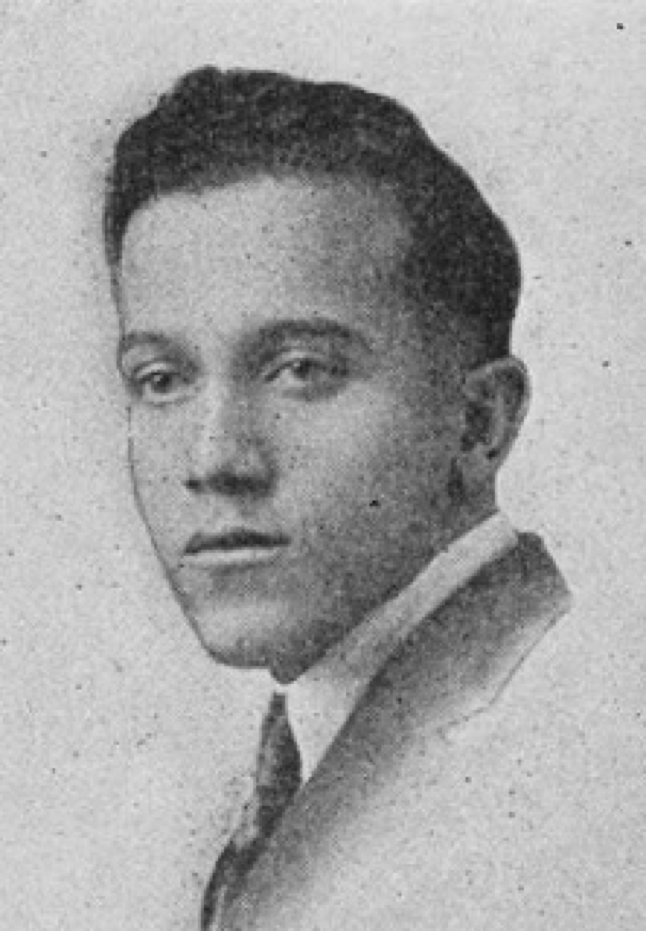