Please Join Us !  Pay Tribute to Them !  Within These Pages, Please Share* The Story of Your Community, Group or Organization ! 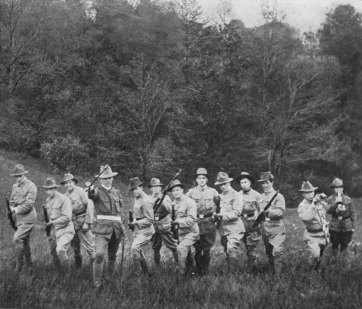 In the Rochester community, Nest 52, of the Polish Falcons was closely affiliated with the Polish National Alliance as Group 783. With the adoption of military organization, the institution of military training became an accepted form of Falcon exercise. Very little in the way of practical training was omitted from the program. Formation drills were first perfected followed by the exhaustive consideration of topography and field tactics.

The minutes of local Falcon meetings held February 14 and March 11, 1913, are instinct with the atmosphere of impending war. The meeting of February 14, presided over by Joseph Paprocki, then President, became a solemn muster of willing recruits, at which twenty-four members signed the specific pledge to be ready when the call should come, a pledge which was fulfilled in all but a very few instances. At this meeting the motion was made and carried to procure an arsenal of eight rifles for practice purposes. This number was deemed insufficient and at the meeting of March 11 the purchase of twenty additional guns was decided upon. Here, too, it was determined to provide members with uniforms, funds for which were in part raised by the production of a play under the sponsorship of Marion Wojnowski, the contractor, in the St. Paul Street Labor Lyceum, then a new building. At the March 11 meeting, Stanley K. Kowalski was again chosen President, and training in military tactics was placed in charge of Frank Rzepecki, not now a resident of Rochester.

More graphically convincing than any verbal description, perhaps, is the photograph here published, which shows a group of Falcons in actual field practice, guns in hand. Expeditions of this nature were a regular feature of Falcon activity, the lands used being those of Polish farmers in the immediate vicinity of Rochester, opened willingly by their proprietors for this purpose. The picture to which reference is made was taken near East Rochester in 1913, fully a year and a half before the beginning of the World War.

Stories of Community Groups - March of the Falcons 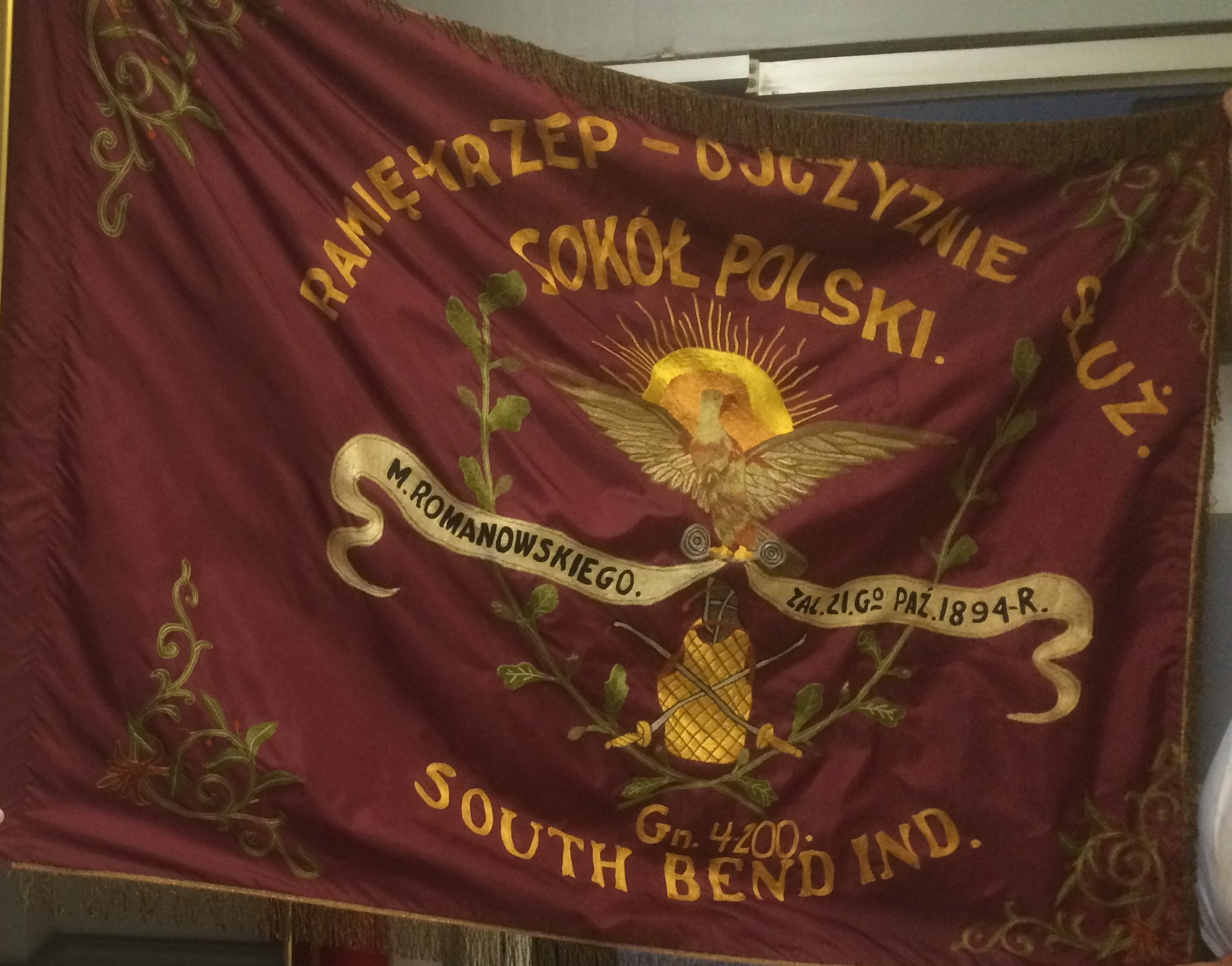 Founded in 1894, Nest 4 of the Polish Falcons of America in South Bend, is an outstanding example of a community's recruitment response during the Great War. 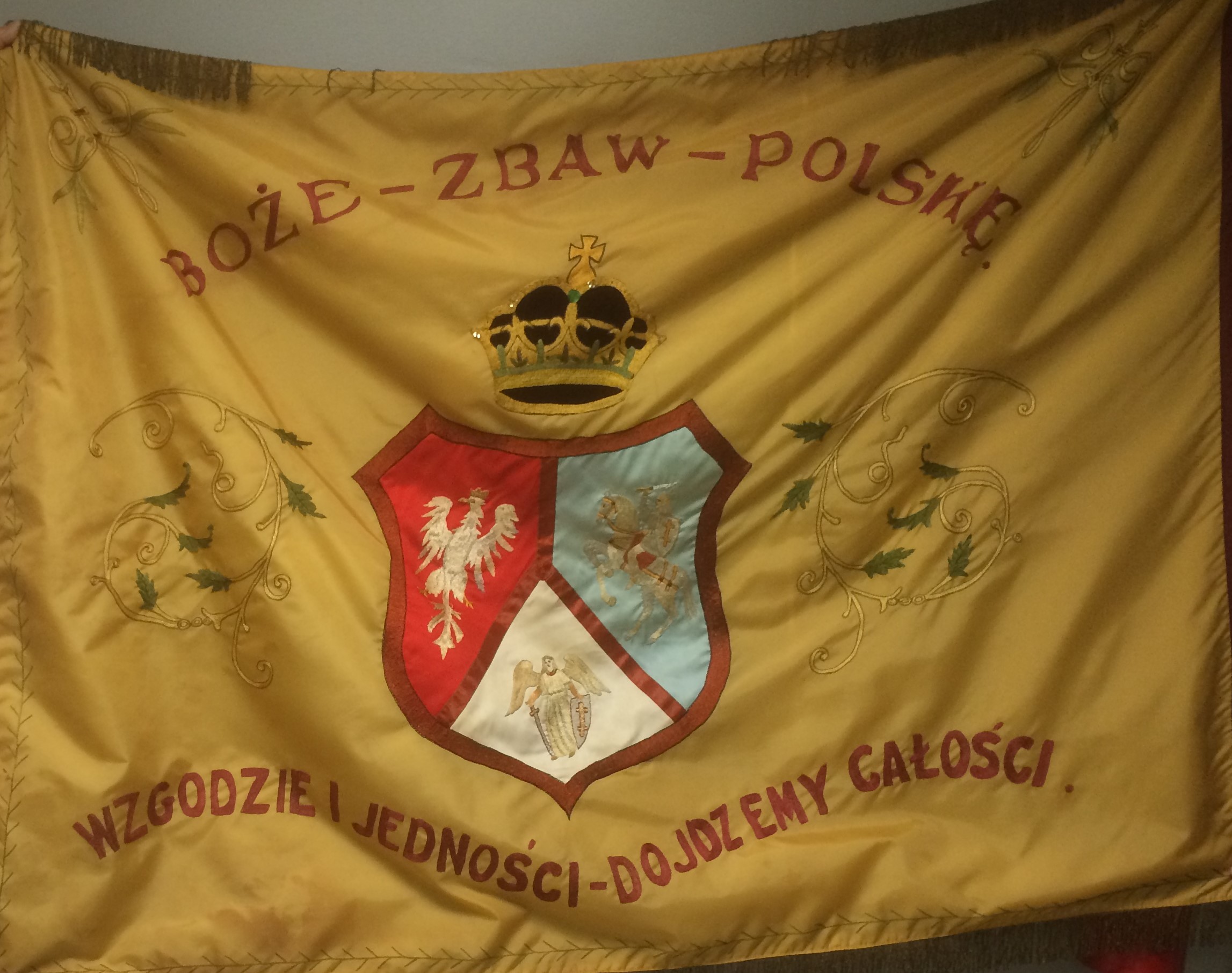 This is how Jozef Sierocinski, a Polish American writer, recalled the recruitment days to the U.S. Army: "According to statistics in the first three months alone more than 38,000 Polish Americans joined the American Army. This was the flower of the Polish Falcons and of seriously minded Polish youth. In certain cities the percentage of Polish volunteers was just incredible. For instance, in South Bend, Indiana, out of 100 volunteers who enlisted in the American army, 94 were Polish American. For this, the president of the local civic committee, Mr. Ignacy Werwinski, received personal thanks from the President of the United States, Woodrow Wilson".

Returning Veterans of the US Armed Forced to South Bend, Indiana, accompanied by the Nest 4 Falcon Marching Band, c. 1921.